Acton is a community whose legacy is rooted deep into the fabric of Canada’s historical and cultural narrative as both an area of early colonization as well as the home to what became the largest manufacturer and distributor of leather goods in the entire British Empire!

The area was once home to the Huron, Iroquois and Mississauga natives who traded furs and goods with early European missionaries and explorers in Ontario. Leather was an extremely important commodity as it was used for virtually everything from fashion, tools, and early locomotives. Acton was settled in as early as 1819 and the first tannery opened around 1842, sewing the seed of what was to become Canada’s Original Leathertown.

The festival first began as ‘Back To Acton Days’ in 1977, three years after the amalgamation of Halton Hills, and was renamed in 1992 to the ‘Leathertown Festival’. Today, Leathertown Festival exists as a Celebration of Canadian Craftsmanship and a testament to Acton’s cultural heritage. 2019 marks the forty-second year of this unique event held in the picturesque Halton Hills. 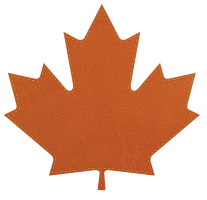 “Acton has been a proud Canadian leader for more than 177 years in the leather and crafts industries.”

Questions, concerns or compliments?
We are happy to help.