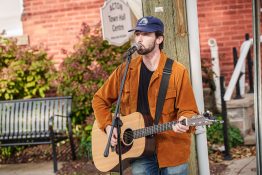 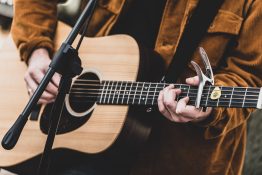 John Muirhead is a Canadian troubadour, a campfire storyteller, and a big-hearted folk-rocker. From fingerpicked folk confessionals to upbeat singalongs, John’s award-winning songs have touched audiences across Canada and beyond, building a community of over 50,000 fans online.

Since the release of his debut EP Yesterday’s Smile in 2016, John has earned a Canadian Folk Music Award nomination (Young Performer of the Year, 2017), a Forest City London Music Award nomination (Folk/Roots Artist of the Year, 2020), and has graced the stages of Winnipeg Folk Festival, Sawdust City Music Festival, Philadelphia Folk Festival, and more. John released his debut full-length album Traveller in November 2021.

On festival stages or in living rooms, in backyards, or on moving trains, John’s unforgettable performance has solidified him as a must-see emerging Canadian performer.