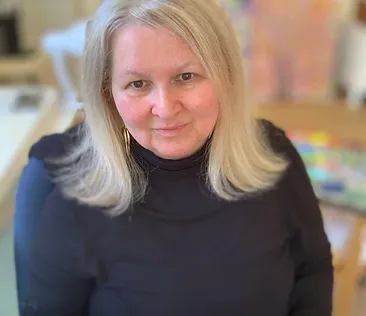 Born in Windsor Ontario, Shelley Newman studied commercial art and continued studying art as a part-time student at various studios and schools in Toronto including OCAD. She worked for several years professionally in advertising and design.

During these years Newman was never far from a canvas and always had a painting on the go. She worked in oils, watercolours, acrylics, printmaking, life drawing and pottery, but always returned to oils. Because of the richness and luminosity, she continued to develop her skills in oils and has stayed with them since the 1990s.

The subject matter of her work is the landscape where her style has evolved from realism into contemporary impressionism. After she was selected as Artist in Residence in 2016 at the Red Door Gallery in Georgetown, she was then selected as a studio artist at Williams Mill Visual Arts Centre where she painted for 5 years. Now she is back to working in her cozy home studio keeping up with the demands for her work in galleries in Ontario and Quebec. Her originals and prints are enjoyed across Canada, the United States and around the world.